The ten paintings featured in the exhibition Human Stain continue Joseph Montgomery’s decade-long artistic research focused on juxtaposition of assembled, geometric, three-dimensional shim paintings, and compositions of shape, color, and textures on the traditional supports of canvas and linen. Both approaches to image-construction generate a plethora of arrangements in the studio, from which individual paintings are chosen qualitatively as finished, while the leftover images are ground up and reused as fertilizer for alternative combines.

The shim paintings begin with a commercially available unit. Purchased in bulk, 40 cm. cedar shims typically used in construction are glued together in aesthetically satisfying arrays. Dispensing with illusionism, their alternate slants, widths, and depths create an interesting topography upon which the artist to consider the next move, which may involve layers of color applied by brush as well as surrogate painterly marks variously enmeshed, balanced, or collaged upon it. At times the composite wedges are left exposed, their acute extremities keeping us on guard or casting their shadow upon the gallery wall. At other times, a strip of canvas is applied to partially shield the perimeter of the shim, producing curves, ears, and waves upon contact with the wood.

Recognizing that individual choices today are always already predetermined by algorithms, the artist taps the creative possibilities of the system and collaborates with it to determine his compositions. Shim Index is a program set up to compute and present in graphic form all the possible combinations that you can obtain with a given number of shims. [ http://www.shimindex.com ]
The results appear as an ordinate grid of options, a library of sorts from which the artist chooses the combination that is most satisfying and discards all others as data be re-crunched, fearing no loss nor claiming property over them. Far from disinterest, this attitude is directed by an ethic of care. Each choice the artist makes sets the stage for a different scenario to build upon—a world-making enterprise. The choice of an appealing arrangement in two-dimensions leads to a three-dimensional construct wherein the topography of the parts collaborates with pigment, medium, and tools with which the artist chooses to build an image.

The three shim paintings in this exhibition attest to this relationality. Consider Image Six Hundred Three (2021). A waxy layer of deep blue paint engulfs wood shims and perimetral canvas to the point that we identify the different materials from their behavior rather than appearance. Slight misalignments in the assembly of wood collect paint unevenly, whereas canvas stiffens in the form of structured awnings. Darker areas are a function of surface, and a closer look betrays a brush mark, a loose thread, a grain of wood. As such, the finished image engages us observers in the relations between the painterly emulsion, its application, and the texture of the support.

The choice of the archive as a compositional model returns in the works on canvas. If the shim paintings accept the algorithm as the underlying agent of contemporary choice, the works on canvas draw from the infinite scroll of digital images already in circulation that we produce and consume daily. Rather than with a prefabricated unit, that is, these works begin with a preexisting picture from the artist’s personal repository, often referencing the studio and past works done in it. The painting is here built up in layers, as a laminate, including ultra-thin pigment transfers and other experiments in mark-making. Whereas the shims are assembled, presenting us with one task after another in a measurable labor-time sequence, the works on canvas follow a logic of superimposition and their temporality is compressed. This temporal polyphony allows the artist to shift between modes of image-making that allegorize a contemporary condition of remembering and forgetting, while sharing the metabolic work at play in the studio.

The pigment transfer process that the artist devised is characterized by loss as much as contact. Having chosen an image, the artist Photoshops it, prints it on lucid paper, and then applies it to the canvas which is primed with an alcoholic solution. The interaction is timed, the lucid paper is peeled out, often distorting or materially impoverishing the image—a welcomed effect. That Montgomery is at ease with loss is most evident in works in the exhibition where the layers are fewer, such as in Image Five Hundred Ninety Nine and Image Six Hundred Twenty Nine (both 2021). These works present us with a composite image of the artist’s studio, variously disfigured by digital retouching and material application. Recalling a maldeveloped Polaroid with its white lower portion and burst edges, Image Five Hundred Ninety Nine overlaps two pigment transfers that hover between recognition and pure abstraction—the inverted studio floor sublimated into a floating Suprematist geometry. Riffing on the similitude between the shim and a multi-limbed body, Image Six Hundred Twenty Nine turns the studio into its underwater double, a stage for ghostly apparitions or running shadows.

In Montgomery’s work, painting production is singular but provides means for other work to exist. This meta-approach is made explicit in recent works that feature portraits of shims variously rematerialized, such as Images Six Hundred Twenty Two (2021) and Six Hundred Twenty Seven (both 2021). Most times, however, the image of origin is covered up to the point of being unrecognizable, its function to serve as roadmap for the artist to build pure abstractions and experiment in mark-making. Image Six Hundred Twenty Three (2020–2021), for instance, superimposes several layers of acrylic applied by brush, palette, and transfer. The impulse to build up goes hand in hand with that of cracking, piercing, and tearing using various tools and welcoming accidents from the interaction of painterly mediums. The result is a dynamic work that, as always in Montgomery, shifts scales and modes of sensing: see the image, graze its surface, linger on a detail, unspool decision-making using the hints of leftover from the construction materials. 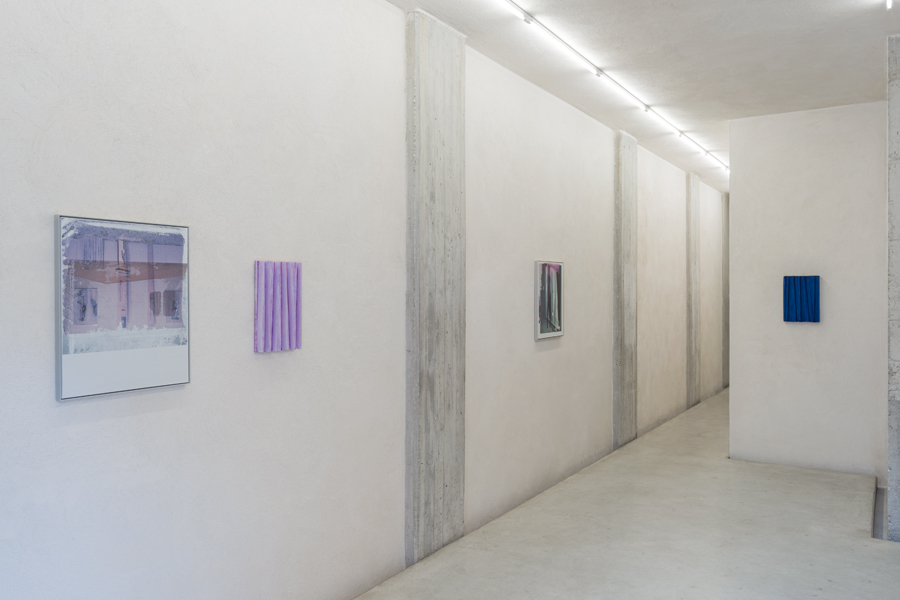 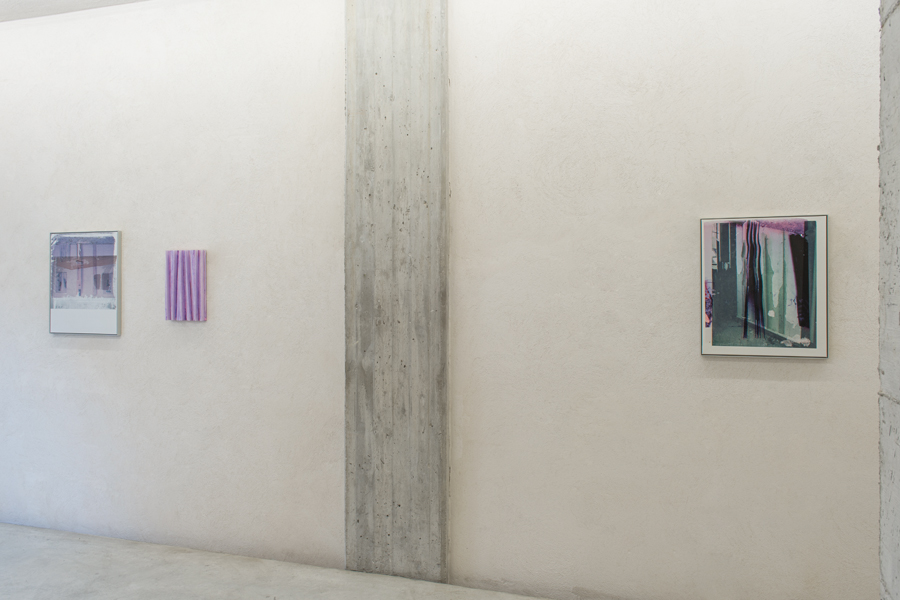